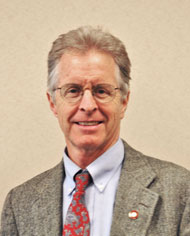 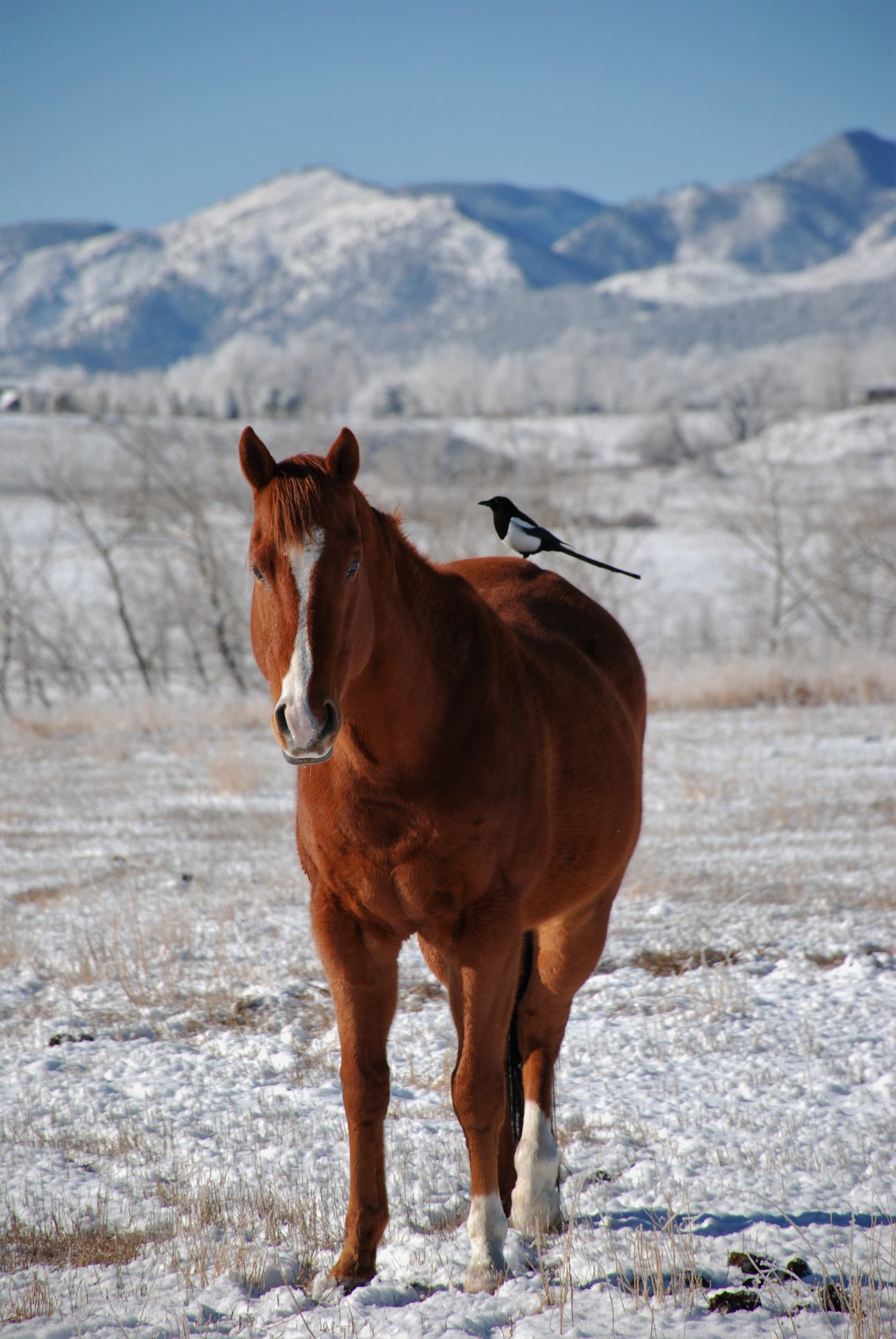 Our latest Journal offering is a written piece from Windhorse senior clinician and long-standing (now former) director, Jamie Emery. Reflecting on the origins of the Windhorse approach, Jamie takes us on a personal journey of the first attempts at building a therapeutic community in support of a client with multiple mental health and associated challenges. He emphasizes the necessary ingredients of such an endeavor: the structural needs of such a community, based in a client’s home, as well as the attitude of mutual learning and respect necessary for all members of the community. He also speaks to how important this community becomes to all involved—not just the client—and the difficulty when a team must change or dissolve, especially if dictated by outside forces…This text also serves as foundation for a podcast to follow this entry in two weeks. That podcast—which includes Jamie and fellow long-term Windhorse clinician Eugenie Morton—will explore how “community” is more broadly understood and tended to at Windhorse now, as a more mature organization.

“Never doubt that a small group of thoughtful, committed citizens

can change the world.”

The time was October, 1988. Maitri Psychological Services (MPS) had ended. The small band of Naropa Institute students who had started this innovative home-based approach with their professor, psychiatrist Dr. Edward Podvoll, had dispersed. Dr. Podvoll was still teaching at Naropa and was writing his book, originally titled The Seduction of Madness, about the mind of those experiencing psychosis and the approach—the Windhorse approach—he and his students had created to support individuals in recovery.

A few years later, Dr. Podvoll would leave Boulder, and within twelve years he would return to Boulder and pass away, surrounded by a team that supported him through his illness. Other members of the original Maitri (MPS) band would leave Boulder as well, later starting Windhorse teams in Nova Scotia, Canada, and then Northampton, Massachusetts. Several remaining members of the original Maitri (MPS) group would begin a team in Boulder, with a psychiatrist who had been a colleague of Dr. Podvoll’s while the Windhorse approach was in its infancy.

This new, home-based team was a large one. An original Maitri (MPS) member was the Team Leader, and the psychiatrist was the therapist and doctor to the client, as well as working closely with the family of the client. A house was rented, a housemate was hired, and other staff—known as Basic Attenders—were also hired. It was a complex team; the client was challenged in myriad physical, psychiatric, and behavioral ways. There were also other Windhorse teams starting in Boulder at this time, but this team was the largest and ended up being the base team for future practitioners of the Windhorse approach, ultimately paving the way for Windhorse Community Services to come into being.

Within two years, the large Windhorse team had been through two Team Leaders and now a third was in place. The team also found itself in a new house in Boulder. Much work was accomplished during that time. The client’s issues became clearer, which resulted in the team doing an extended course in safety/harm reduction together, helping to create esprit de corps within the team. The team also progressed structurally, with weekly team meetings, team supervision meetings, housemate supervision meetings, Basic Attendance shifts, team leader and psychiatrist meetings, regular family meetings, and a daily schedule created for the client.

Out of this growth, many social activities also began to bloom within the team. There was an elegant dinner together which lasted late into the evening. We had poker games at the house and many dinners hosted in our own homes with the client. A number of us had small children, and they got to know the client as they were growing up while visiting the Windhorse household. At times they were involved with different family social events outside of home that included the client and extended family. Two families would meet together with the client and their small children and have dinner together every Thursday evening—for months! The Windhorse household had a big garden, and different folks in the larger community would come to it, working alongside the team, client, and household members. Team gatherings also had occasional volleyball matches, which were energetic, to say the least.

The team structure began to progress into individuals having different areas of responsibility. The Team Leader was in charge of the team, the household schedule, and supervised the housemate. A team member with a financial background began to watch over the money and the budget. There were those in charge of the garden. Team members took different responsibilities at different times. We all painted the house. This was truly becoming a therapeutic community, and the client was responding, albeit not without great struggle.

After several years, the team needed to move to another house in Boulder. This move was controversial within the triad of staff, client, and family—and team leadership was upended. The Team Leader and the main assistant were told they had to leave the team for budgetary reasons. The client was doing much better, the team was working well, and there was an excellent spirit on the team. But it was exceedingly painful for those dismissed and for those left behind, who all had strongly felt the loss of being on an energetic and vital team. For all, there were difficult feelings to process after having worked so hard for several years, having done a great job helping to create an amazing therapeutic household, working days and nights and weekends with extraordinary on-call needs. To be dismissed after all that was heartbreaking.

Many other combinations of restructuring could have happened, options which respected the work of all, but—sadly—management was transferred to a non-clinical person out of state. Even the housemate was considered for dismissal, but fortunately that did not happen. The housemate remained and even began to be empowered to make basic household decisions.

Teams changing for budgetary reasons now happens all the time within Windhorse Community Services. The basic issue with this early next-generation team was that there was no process, understanding or pre-thought about how this would affect the stability of the client. And it did indeed affect his stability. After these events, he went through a massive regression.

I was the Team Leader that was let go. I lost my team. I felt abandoned by people I thought were my colleagues and friends. This was my first Team Lead on a big Windhorse team, and I felt confused by the way decisions were made—decisions that seemed to have such a negative impact on the culture of the team and the client. The clinical needs of the client were extremely complex. The triad was not synchronized and was at odds with each other. The team needed a leadership structure which could handle the clinical and domestic complexity. The disruption caused much of the progress that had been made in the first several years to be undone.

In the end, the reconfigured team leadership was not up to the test. After several years, I was brought back into the team, now as the Team Supervisor. Another person had been hired as the Team Leader. Fortunately, the team continued and regrouped in a much more congruent way, structurally and inter-communicatively, which allowed for more learning in action to occur as the years went on.

By looking at the past, this review invites the question: what actually works and supports a therapeutic team over time? What are Unifying Principles for a Windhorse team? What binds the different parts of a clinical Windhorse team together? What creates the social fabric so that a person who has had mental challenges can recover and thrive in their life?

The answer to these questions may be found in the Mission Statement of Windhorse Community Services, which was created after the first-generation MPS ended in the late 1980’s. “Windhorse Community Services … is based on the Windhorse principle of whole-person, environmental therapy. We are dedicated to cultivating a committed therapeutic community of clients, families, and clinicians through a culture of continuous mutual learning.” In this statement, the “whole community” being spoken to is the triad of family, client, and Windhorse staff.

All must be dedicated to mutually learning together to recover and thrive in life. The focus is for the individual who is asking for treatment; however, the learning is for everyone. As time goes by, the client becomes a member of a larger social circle with the team, and then eventually joins other larger social circles outside of the team. The team experiences a sense of expanded wholesomeness as a therapeutic community together.

Jamie Emery, MA, LPC, is a graduate of the MA Program in Contemplative Psychotherapy at Naropa University in Boulder, CO, where he served on the faculty and as Department Chair.  As well, he served on the faculty of Naropa’s Gerontology and Long Term Care Graduate Program.  Jamie has practiced the Windhorse approach since 1988.  He works as a Team Supervisor, Psychotherapist, and Team Leader, and was Co-director of WCS, Inc. 1997-2019.  Jamie has a special interest in the use of rhythms of daily living as a means for establishing and maintaining healthy patterns in individuals and organizations.