44. Considering the Experiences of Medications and Whole-Person Health—Client Perspectives Pt. 2 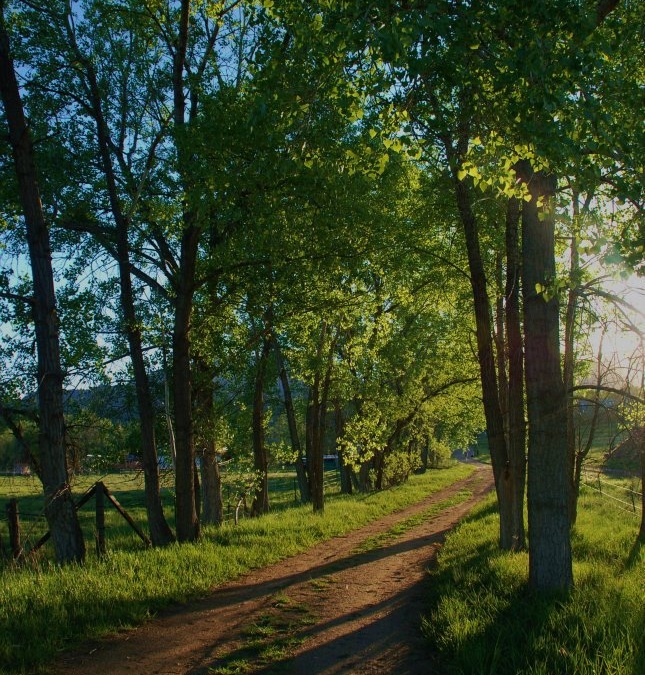 We continue our focus on the role of medication in mental health recovery with the second half of an article about clients’ lived experiences. Again, this is based on interviews with clients, who spoke candidly of the ways prescribed substances have figured in the management of their mental health issues. Acknowledging their act of trust, I bear the responsibility of accurately representing the variety of their experiences. And I hope I have done so.

Part One of this subject, posted on October 4, presented clients’ experiences with side effects, the process of finding a suitable medication (or combination thereof), and the perceived purpose of meds. Here, in Part Two, we explore the issues of autonomy and personal choice, social supports, and true collaboration with professionals in this process of reclaiming one’s mind and life. I hope you will find our clients’ experiences and insights illuminating. And we invite you to share your thoughts.

Thank you for reading,

Part One of our subject ended with Dr. Ed Podvoll’s assertion that the use of medication is “to ensure that the integrity of the wakeful mind is protected.” As such, it is to be tended with caution and with respect for the wishes of the client. That element of personal choice is significant. The option to go on, stay on, reduce, and/or go off medications is complex. And, for those who began taking medications as minors, the choice was not theirs but was made by parents or in keeping with the protocol of a particular in-patient facility. Some clients remain ambivalent about the need for or usefulness of medications. One, concerned about how widely accepted meds are, said, “I feel like everybody (in the culture) is on board with meds, and I don’t think they work for me.” Then, he quickly countered, “Maybe they do.” Others see medications as an accepted and essential part of their lives.

One client described her journey to find relief from her troubles, which starting by self-medicating with alcohol. “I thought it worked well—until it didn’t.” She then took prescribed psychiatric meds for 2 – 3 years. But being reliant on medications is not without its difficulties. One challenge, she acknowledged, is that she is not a good med manager in general, and at times she forgot to take it. (She was also still drinking, which interfered with the effectiveness of the drugs.) Too, she experienced running out of medications. In one instance, she called in a refill to the mental health agency which was providing her treatment, but she didn’t hear back, and then the weekend came. When she was able to get a refill, she had been off meds for 5 days and had to titrate back on. A few years later she quit taking meds altogether—and stopped drinking. After a bit, she went back on psych meds, but she didn’t like them. Feeling like she could at least think straight without them, she went off “cold turkey.” She hasn’t seen a psychiatrist since 2016. And although she said “navigating life has been difficult,” she prefers to do it without medications. While she admits she doesn’t always feel great, she noted, “I keep on plugging along.”

One of the areas where clients strongly agreed was that medications alone—without social supports and other kinds of care—were not a solution to their struggles. One client was hospitalized as a teenager and put on valium, but she didn’t get any treatment after that, and floundered as a result. Another reflected that our society has a “put ‘em on drugs mentality”, but that a person can do better—even going off abruptly—with supports. Yet another suggested that there are other ways to deal with difficult mental states —food, supplements and herbs—and that we might as a society be too quick to go to meds as an answer. He suggested just going out in nature to soothe one’s mind. Another chimed in, “But you have to come back!” We all chuckled. The notion that mental health challenges result from trying to adjust to the chaos and shallow values of the modern world—when it might be healthier to just leave it behind—had reared its head.

So, I was curious about what clients thought about the source of their mental health issues. Had they drawn any conclusions about cause as a factor in whether medications were helpful? We discussed possible origins as social/environmental—related to difficult early experiences and reactions to them—or as the result of a one’s given individual neurological makeup. One participant was quick to say, “my parents made me psychotic.” She then explained that she had real potential in her youth but languished under neglectful parenting. She believes she could have lived a very different life had there been more understanding and guidance. Now well into her adulthood, she noted with sadness that her mother remains self-involved and insensitive to her daughter’s circumstances and struggles. Perhaps the mental health medication question would be moot for some, she thinks, if schools taught how to navigate life—with the coping skills her busy parents didn’t teach her.

Another thought the source of her struggles with anxiety, depression, and psychotic states was a mix. She noted that there was lots of mental illness in her family. She also acknowledged birth trauma, since she was born prematurely and spent the first month of her life in the hospital. She said that even if she had largely inherited a sensitive neurological makeup, maybe drugs were and are not the answer.

Another said he thinks his situation is mainly genetic—passed down from one generation to the next. Diagnosed with bipolar disorder at age 15, he said, “I was born with social anxiety” and commented that his ancestors “were a nervous bunch.” Of several siblings, he said his sister is very anxious and depressed, and a brother is a narcissist—though he remains identified as “the sick one.” He did suggest that he could have had better parenting. While he has been on medications for many years, and acknowledges their stabilizing effect, he credits his spiritual teacher for making the most significant difference in his life—which “catapulted me ahead of the others.”

A co-worker involved in the discussion noted that she tends to think it is predisposition. She had a good, stable upbringing, but her brother has long struggled with mental health challenges. She feels hopeful about recent discussions of neuroplasticity—and the promise of the ability to recalibrate one’s brain through games and other structured mental activities rather than substances.

The causality question and its relationship to meds—while interesting—is limited to conjecture. And clients were eager to speak about the real burden of living a with mental health challenge—especially its social implications. One said, “Life is difficult for everybody—mental illness is one extra thing to deal with.” Segregating oneself along these lines was a strategy for some. “When you hang out with mentally ill people, they are your people. You don’t have to explain.” That includes not having to explain a history of more and less successful experiences with medications. Another agreed, “That’s why I spent so much time at the Clubhouse—to feel normal.” (Note: The Clubhouse model of psychosocial rehabilitation within community mental health helps people with a history of serious mental illness. It gives them a place to come and return to—counting them as members—and builds on their strengths as they engage in mutual support. Professional staff provide prevocational work training, educational opportunities, and social support.) At the same time, this client remarked that he also liked hanging out with a non-mentally ill friend. He asked her one day, “How did you get so healthy?” Her simple reply, “Unconditional love.” Another client took up the thread about who to fraternize with. She observed, “I limited myself socially because I was paranoid about being judged.” She would like to go back to school, she said, but noted that to do so might entail having “to fake being normal.”

One client’s experience included coming home from school (college, I believe)—with something obviously wrong, which alarmed her mother. She was having panic attacks and symptoms she believes she might have come from food allergies. With a diagnosis of “major depression”—which she sees as a misdiagnosis—she went on a journey of being on and off meds, with approval of her doctor. Now she thinks her doctor maybe should not have been “so mellow” with her. Part of her recovery she attributes to meeting her future husband, whom she said “opened windows up for me.” She continued, “he made me well—is that possible?” They eventually married, and although that relationship did not last, it proved to be a turning point. Since then, she has been “trying to get back to an authentic path—on just a little medication.” The Doctor could take me off, but I am in control of my path.”

Such a statement about being in charge of one’s life led to the topic of power, and who has it. Psychiatrists—by virtue of their training and status—clearly do. But clients expressed resistance to a ”doctor knows best” approach. One client believes that lots of psychiatrists are egotistical. Another said, “I wouldn’t put up with a psychiatrist who pushed me around.” Collaboration seems to be the key. Reflecting on her engagement with psychiatrists beginning when she was in her early teens, she noted, “the ones I’ve picked out and seen on my own have been great.” The most important thing, one client articulated, was having a voice in treatment, and that meant having a conversation with one’s psychiatrist, rather than being told what to do by a designated expert.

One client had just seen her psychiatrist, who she said was very caring. She spoke to how he comforted her in their session—intuiting her need for that. “He helped me with my demons,” she said. Similarly, a prior psychiatrist acknowledged that he felt bad about having prescribed a particular drug that caused physical problems. Such expressions of compassion and humility have turned around her view of psychiatrists, which has helped her to accept her predicament. “I realize I have an illness—which is hard, the worst thing to accept,” she said. Still, she has found some peace in the truth, “I know I need meds.”

As we humans all do, each client has a story—and a wish for a meaningful life with minimal suffering. Medication is a piece of that story for those I listened to—with parts painful, puzzling, and promising. What emerges from them all is that mental health care—to truly be of benefit—must be a carefully-considered combination of medications, activities, relationships, and social supports. 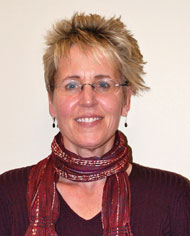 Lori S. Heintzelman began working for Windhorse in 2008 on a very part-time basis, offering technical writing services, light research, and administrative support.  She entered the clinical realm as a Housemate in 2011.  Currently Operations Coordinator, she also acts as a Basic Attender.  Lori has a PhD in Linguistics, with an emphasis in sociocultural issues such as identity formation. Although immersion in the mental health realm is not the career she envisioned for herself, she finds it a natural fit for her educational background and her values.