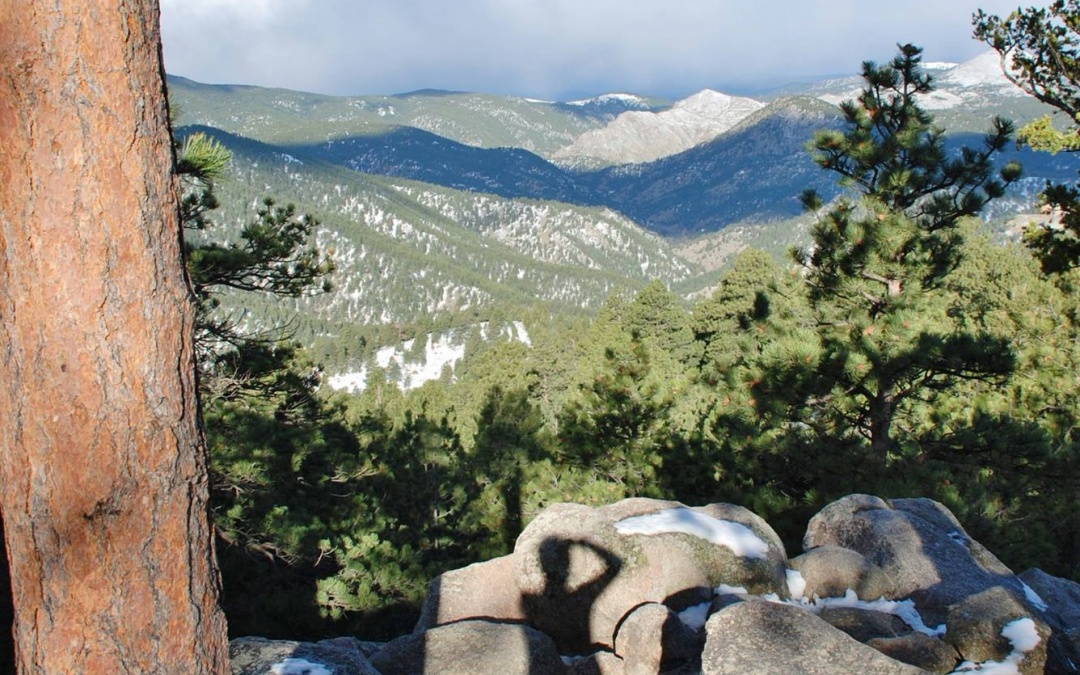 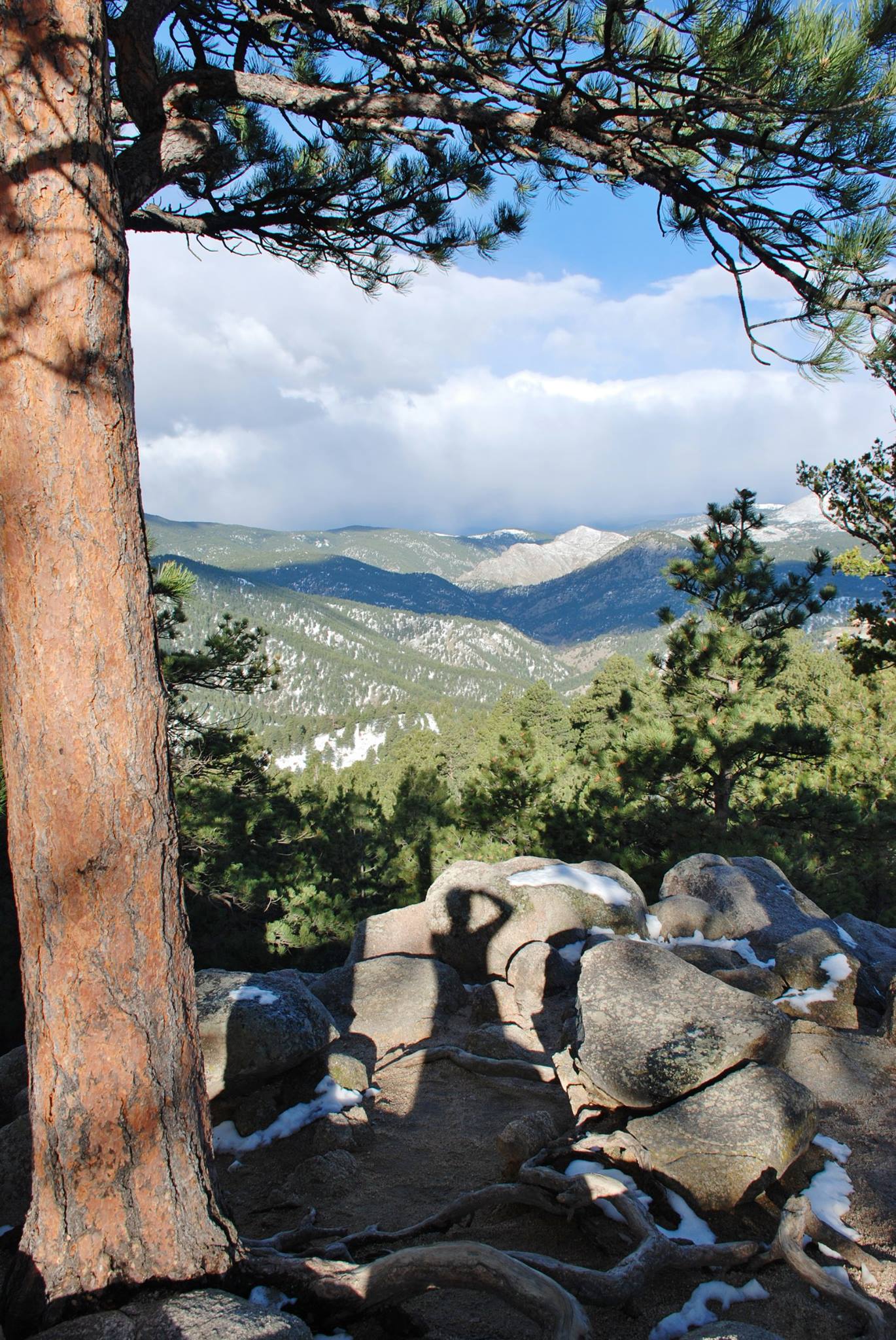 Today’s Journal entry is the beginning of a series of texts and podcasts of the journey of relationship with Joanne Greenberg. Joanne is now an elder woman in her late 80’s “living on top of the mountain” as she puts it, in Golden, Colorado with her husband Albert, who is also a dear soul. Joanne is the well-known author of I Never Promised You A Rose Garden (1964), which is a semi-fictionalized account of her severe psychotic illness and complete recovery. Joanne has gone on to be a successful fiction author, teacher, and mental health advocate. Years ago, those of us working in the Boulder Windhorse community learned that Joanne was our neighbor, and so we reached out to her. She responded with an open hand and an open door to her home.

Since then, many of us have visited Joanne for in-depth, far-ranging discussions of mental illness and health and everything related. Her home is a beautifully crafted wooden structure sitting on the edge of a ridge that faces west to a broad empty space up to the peaks of the Continental Divide. The wind blows hard on that mountain top, but the house is solid in its footing and sits low to the elements. Standing there, looking out her wall of window, one feels one could spread and take flight. Joanne seems something of an elemental herself, perhaps embodying and speaking to the creative element in all of us.

Joanne always invites us into her space with a warm welcoming smile, encouraging us to relax and enjoy ourselves. Yet, being with Joanne there is also a feeling of being called to stretch beyond the horizon of one’s personal comfort zone, to see more, to learn more beyond the familiar. I feel this is connected to something she refers to in the narrative to follow: “That feeling about ‘what is right for me’ developed with Frieda; ’that doesn’t feel right to me’ I would insist to Frieda.” Joanne now seems to live from that place in her of what feels genuine and real and what doesn’t, which seems for her a sixth or even seventh sense. So, if a visitor is being ingenuine, abstract, or half-present, she instinctively reacts to re-orient toward “what feels right.” This can be somewhat shocking until one adapts.

In our discussions, Joanne speaks as the seasoned writer she is: in metaphor, image, colorful language, and paradoxical turns of phrase that make one think twice. She is neither a professional therapist nor professional patient, both of which rigid positions she is suspicious of. She so generously shares her experience of mental illness and recovery, even though this can be painful for her to stir up in the recalling.

The following narrative of a visit with Joanne is a brief report from our journey of relationship with her. Please walk along with us in this Journal entry and with the entries and podcasts to follow. You can meet Joanne firsthand, and be the better for it.

A Discussion with Joanne Greenberg

The following narrative is based on personal notes taken by me, the author, during a group discussion with Joanne Greenberg at her home in Golden, Colorado, on October 11, 2011. At the time, I was teaching a Windhorse Intensive Psychotherapy Seminar with eight senior Windhorse staff in Boulder, Colorado. I arranged for our training group to have this meeting with Joanne at her rural mountain home, so they could spend some time with the author of I Never Promised You A Rose Garden in 1964. As a semi-autobiographical account of her experience of psychosis, this book had been a major influence on many of us. This was one in a series of visits with Joanne that had already established our close rapport. A few days after this meeting, I typed and organized my notes and sent them to Joanne for her review. She approved these notes as accurate. This narrative is written in the style of a field report, with the prose being functional and efficient.

At one point in the free-ranging conversation, I asked Joanne to share some memories about her work with Frieda Fromm-Reichmann. Dr. Fromm-Reichman was Joanne’s psychotherapist when they were both at Chestnut Lodge in Maryland in the late-1940’s, during Joanne’s stay there for an episode of acute psychosis. Dr. Fromm-Reichmann is also an important influence in the line of intensive psychotherapy that has developed within the Windhorse Project since 1981. Given Joanne’s first-hand experience of working directly with her, and our training group’s avid interest in her teachings and writings, we asked Joanne our burning question, “Please Joanne, tell us about your work with Dr. Fromm-Reichmann.”

Joanne began by describing what she calls her “lunacy test”. If you flunk it (three no’s), then you are not a lunatic. It is in the area of separating a hallucination from a vision. When she was doing emergency medical technician work, a man asked her if he was crazy since he wakes up in the morning and “sees a city in the distance even though I live in the country”. The test:

Joanne concluded, based on his three no’s, that he is not crazy and should enjoy the view of the city.

Regarding Frieda Fromm-Reichmann: “After many years I became better and I worked with a good therapist.”

She was dowdy, 4 feet 9 inches both ways. She had a heavy German accent. She understood my metaphor. She was an upper-class German. (She and Joanne were both Jewish and shared a lot of Jewish jokes.) Her therapy technique was flat-out crap-free: “I zinc you are enjoying this too much.”

Because Fromm-Reichmann had written so sensitively about the problem of loneliness, we asked about Frieda’s loneliness at the end of her life. Joanne said Frieda was going deaf, and that deafness ran in her family. It was very hard for her to hear, and this was difficult for Frieda. For example, Joanne would be sharing something very private—(demonstrates speaking in a whisper while shielding her face with her sweater)—and Frieda would apologize and have to ask her to say it again louder.

Frieda tended to be directive and judgmental in daily life, although not as a therapist. The therapy was a mining operation. Frieda would say, “Take me with you. Take me with you.” I had the map, and she had the light. R.D. Laing got it wrong by thinking of psychosis as a creative process. He and others mistakenly think that the crazy part and the creative part are the same thing. It is essential to separate the crazy part from the creative part. They are not the same thing. They are antithetical.

Frieda made mistakes with me all the time. I would disagree with her because what she said did not feel right for me, and she would still disagree with me. She was hooked on the medical mode—the doctors. Imagine her in medical school in Germany in those days, the only woman, small and young, and she persevered. Her first choice for medical specialty was OB-GYN, but then she changed later. She may have been moved in that direction by others.  She was a product of her time. She was invited to Palo Alto and was astonished to realize how isolated she had been back in Maryland, playing her little—(demonstrates motion of playing a little keyboard)—and here with other researchers she was exposed to a whole orchestra. She heard about many new developments in the field of psychotherapy, such as the research and developing science of body language in communication. [In 1955, Frieda was the first woman and nonacademic member to be invited to Ford Foundation’s Center for Advanced Study in the Behavioral Sciences in Palo Alto, CA].

Back to the issue about being wrong: the best thing is, if we were really on this job together, then who is right or wrong does not matter. We stumbled and bumbled along, but if the ground is there it does not matter. That feeling about “what is right for me” developed with Frieda; ”that doesn’t feel right to me” I would insist to Frieda. Frieda said that the therapy would end when Joanne became too bored with the little analytic details—when life is too busy for all that therapy.

This narrative was just a small part of our discussion with Joanne that afternoon. It was also a very dense description of her long-term therapy with a master of that discipline. The themes that Joanne described are echoed through the many other discussions we have had with her over ten years. The most recent series of podcasts the Windhorse Journal has done with Joanne—and to soon publish here—expand on the deep themes outlined in this narrative. We hope you will listen to those podcasts and spend time with our generous and good friend. Even now at age 87, Joanne remains as articulate, insightful, and warmly challenging as ever. This will be a rare opportunity for you to meet Joanne directly, through these podcast recordings to come.