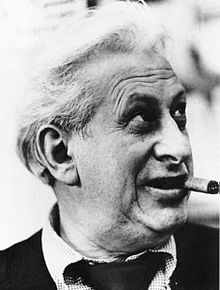 I am pleased to introduce this remarkable interview of Edward Podvoll, MD, by Studs Terkel, recorded on September 13, 1990, in Chicago.  Mr. Terkel conducted hundreds of such radio interviews with influential people on his daily “The Studs Terkel Program” from 1952 to 1997.  Dr. Podvoll’s book, The Seduction of Madness (later republished as Recovering Sanity, 2003), had just been published after 12 years of writing labor.  Clearly, Mr. Terkel had read the book, closely allowing him to appreciate its “dazzling insights”, as Studs described it.  Dr. Podvoll was on a book-promotion tour, although he only did this one interview.  He later told me this meeting with Studs really captured the revolutionary energy of his book and work.  Apparently, he thought one interview was enough for his book tour… Shortly after this event, Dr. Podvoll left the United States for his 12-year meditation retreat in France. The historical context of this 1990 interview is interesting.  During the previous 20 years (the mid-1960’s to the mid-80’s) throughout America and Europe, there was a flowering of experimental healing communities.  The common innovation was from “doing to” to “being with” people struggling with their minds. Being genuine in such relationships of mutual learning with staff and clients living together became the guiding light.  Virtually all of their founding visionaries personally contributed to the Windhorse Project, including RD Laing (Kingsley Hall), Edith Irwin (Tara Rokpa), Manfred Bleuler (Burgholzli Hospital), Loren Mosher (Soteria Project), Richard Warner (Cedar House), Maxwell Jones (Dingleton Hospital), John Perry (Diabasis), Otto Will (Chestnut Lodge), Chogyam Trungpa (Maitri Community), and Harold Searles (Chestnut Lodge).  The first Windhorse Community in Boulder came late in this cultural revolution of alternative care, having thrived from 1981 to 1987.  At the time of this interview, there was no active Windhorse community, and the alternative care movement seemed to be passing into history.  Yet, at the same time, the influence of mindfulness-awareness meditation on psychology and psychotherapy was just gaining momentum.  Windhorse, inspired by Naropa University, had been at the forefront of what has become known as the “mindfulness revolution.”  With mindfulness practice, therapists further deepen the skills of “being with” and learn more about true compassion.  We call this discipline “contemplative psychotherapy.”  In this interview you may hear a certain urgency in Dr. Podvoll’s voice, which he felt about spreading the message of the truth of recovery from psychosis and the means to do so.  He and we, his students, could not let this tradition of alternative care die out, and so Windhorse has survived.  Many excellent students of those early communities have also carried on beautifully.  A growing number of us are committed to evolving the legacy of this most recent generation of charismatic pioneers.  As Dr. Podvoll states in Recovering Sanity (p.4), “There is a wisdom within the history of caring for insane people that is not well known.  Motivation toward an alternative, more natural, and homelike treatment is a long and venerable tradition within psychiatry itself.  It is a tradition that has always taken many risks in the pursuit of alternative treatments for mental illness.”

I hope you enjoy this interview,