Welcome to this podcast, which is part 2 of Co-Presence: The Legacy of R.D. Laing. Again, our group of distinguished guests includes Nita Gage, Michael Thompson, Fritjof Capra, and Jeff Fortuna. If you’ve been fortunate to already hear part 1, you know you’re in for another feast of the mind and heart.

I had the good fortune to meet “Ronnie” Laing in 1987, while he was in Boulder as a guest lecturer at Naropa University. Though he was obviously brilliant, I didn’t really understand Laing’s impact on the field of western psychology until meeting Michael Thompson in 2015, when he invited us to the conference that he, Nita, and Fritjof had organized at the Esalen Institute—titled Laing in the 21st Century. My immediate and unmistakable experience of that gathering was that I’d just walked into a group of people that felt like a family I was meeting for the first time. I also had to laugh to myself, wondering where I was when the brains got passed out.

While just scratching the surface of his profundity, the atmosphere that Nita, Michael, and Fritjof created was an actual transmission of Laing’s mind and work: the spirit of open inquiry, passionate interest in ideas, high-octane intellectual discourse, a wide bandwidth that runs the gamut from ancient Greek thought to cutting-edge work with psychedelics, all moving fluidly from in-the-moment personal experience to societal and large system perspectives.

Capping it all off, this conference was held at Esalen, which meanders along the beautiful Pacific cliffs at Big Sur. Now having become a yearly event, these conferences embody the atmosphere Laing attempted to create in his therapeutic work—according to those who knew him well—including never missing the point that having fun is part of expanding our understanding of mind and how the world works.

A core element in the Laing Conference atmosphere is the acceptance of how we all, maybe especially Laing himself, naturally experience sanity and neurosis; it’s simply an aspect of being human. As part of that last point, “othering” someone for having extreme state experience is not just failing to understand mind and confused mental states, but it’s actually a deeply violent act. Beyond that, our family structures, society, and world politics are at least as confused and violent, but it’s what we’ve become familiar with, thus being “normal.” Being well ahead of his time, Laing was at times quite tortured with his insights. Even so, he always remained passionately interested in shaking the world out of its sleepy acceptance of “insanity and violence as normal.” Though not always easy to tolerate for those around him, raising awareness—attempting to wake the world up—was Laing’s way of expressing love and compassion for the world.

Listening to this podcast conversation will offer a small glimpse into the legacy of R.D. Laing. I hope you follow your curiosity further into the individual work of Nita, Michael, Fritjof, and Jeff—all available on their websites. And if you really want to treat yourself, I highly encourage attending one of their conferences at Esalen. May it have as much of a transformative effect on you as it’s had on me.

Thanks for tuning in, and happy listening,

Find the transcription of this podcast here! 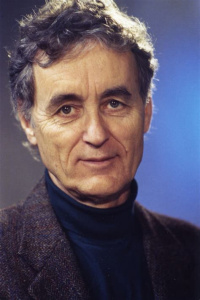 Fritjof Capra, Ph.D., is a scientist, educator, activist, and author of many international bestsellers that connect conceptual changes in science with broader changes in worldview and values in society.

A Vienna-born physicist and systems theorist, Capra first became popularly known for his book, The Tao of Physics, which explored the ways in which modern physics was changing our worldview from a mechanistic to a holistic and ecological one. Published in 1975, it is still in print in more than 40 editions worldwide and is referenced with the statue of Shiva in the courtyard of one of the world’s largest and most respected centers for scientific research: CERN, the Center for Research in Particle Physics in Geneva.

Over the past 30 years, Capra has been engaged in a systematic exploration of how other sciences and society are ushering in a similar shift in worldview, or paradigms, leading to a new vision of reality and a new understanding of the social implications of this cultural transformation.

His most recent book, The Systems View of Life (Cambridge University Press, 2014), presents a grand new synthesis of this work—integrating the biological, cognitive, social, and ecological dimensions of life into one unified vision. Several critics have suggested that The Systems View of Life, which Capra coauthored with Pier Luigi Luisi, Professor of Biology at the University of Rome, is destined to become another classic.

Capra is a founding director of the Berkeley-based Center for Ecoliteracy, which is dedicated to advancing ecology and systems thinking in primary and secondary education, and serves on the faculty of the Amana-Key executive education program in São Paulo, Brazil. He is a Fellow of Schumacher College, an international center for ecological studies in the UK, and serves on the Council of the Earth Charter Initiative.

Capra has been the focus of more than 60 television interviews, documentaries, and talk shows in Europe, the United States, Brazil, Argentina, and Japan, and has been featured in major newspapers and magazines internationally. He was the first subject of the BBC’s documentary series, Beautiful Minds.

He holds an Honorary Doctor of Science degree from the University of Plymouth and is the recipient of many other awards, including the Gold Medal of the UK Systems Society, the Neil Postman Award for Career Achievement in Public Intellectual Activity from the Media Ecology Association, the Medal of the President of the Italian Republic, the Leonardo da Vinci Medallion of Honor from the University of Advancing Technology in Tempe, Arizona, the Bioneers Award, the New Dimensions Broadcaster Award, the American Book Award, and the Gold IndieFab Award from Foreword Reviews. Fritjof Capra lives in Berkeley with his wife and daughter. 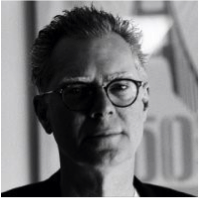 Michael Guy Thompson, Ph.D. (born 1947), lived in Havana, Cuba until age 14 when he and his family returned to Tennessee, where he attended the Baylor School for Boys in Chattanooga. He subsequently served in the U. S. Army Security Agency in Vietnam and later in Washington, D. C. In 1973 he moved to London to work with R. D. Laing where he also trained as a psychoanalyst. In 1980 he returned to San Francisco where he founded Free Association, a psychoanalytic salon devoted to integrating phenomenology and psychoanalysis.

Dr. Thompson also serves on the editorial boards of many professional journals, including Psychoanalytic Psychology, the Journal of Phenomenological Psychology, the Journal of European Psychoanalysis, and The Journal of the Society for Existential Analysis. He is the author of more than 100 journal articles, book chapters, and book reviews on phenomenology, psychoanalysis and schizophrenia, as well as five books: THE DEATH OF DESIRE (1985), THE TRUTH ABOUT FREUD’S TECHNIQUE (1994), THE ETHIC OF HONESTY (2004), THE LEGACY OF R.D. LAING (2015), and a revised and expanded edition of THE DEATH OF DESIRE: AN EXISTENTIAL STUDY IN SANITY AND MADNESS (2016), published by Routledge. He is a popular speaker and has lectured extensively throughout the United States, Canada, Mexico, Great Britain, Spain, and Australia over the past thirty years. Dr. Thompson is a member of varied psychoanalytic organizations, including the International Psychoanalytic Association, the College of Psychoanalysts (UK), and the Philadelphia Association, London. He practices psychoanalysis in San Francisco and lives in Marin County, California. 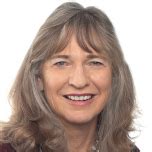 Dr. Nita Gage has been teaching and facilitating shamanic and transformational retreats, classes and seminars in the US and Europe since 2001. She has a doctorate degree in shamanic psychospiritual psychology; a master’s in clinical psychology; is an internationally certified substance abuse counselor; and a certified Shamanic Breathwork™ facilitator. Nita co-founded the NeuroImaginal™ Institute, and is the Director of Healer Within Retreats in Molokai, Hawaii, and Chair of the Healer Within Retreats Committee of the Academy of Integrative Health and Medicine.

Nita is the author of The Women in Storage Club, and How to Reimagine Your Life and has a new book coming out soon, Soul Whispering: The Art of Shamanic Energy Medicine. She also is a teacher for the Hoffman Institute.

Nita has worked extensively in hospital and medical settings and understands the unique stress and joys of medical professionals. She was Executive Director of the American Board of Holistic and Integrative Medicine and later of the Consortium for Integrative Medicine working with integrative physicians and practitioners nationally on policy, program design and public relations.

She trained originally with R.D. Laing and his associates at the Philadelphia Association from 1974-1980.  She left London and returned to America in 1980 and pursued post-graduate education in psychology and psycho spiritual studies.

Nita has become involved with International Integrators because the organization’s mission resonates with her experience and reflects her passion for healing and transformative retreats. 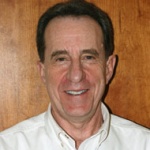 Jeffrey Fortuna, M.A., L.P.C., received his MA in Contemplative Psychotherapy at Naropa University in 1980, and served on the Naropa faculty until 1989.  In 1981, he co-founded the first Windhorse center, Maitri Psychological Services in Boulder, CO.  From 1989 to 1992, Mr. Fortuna founded and directed a Windhorse group in Halifax, Nova Scotia.  In 1992, he co-founded Windhorse Associates, Inc., and served as Executive/Clinical Director.  In 2002, Jeff returned to Boulder as a co-director of Windhorse Community Services,Inc.  He retired from his co-director role in 2013, yet continues to serve as a senior clinician and educator.  He has taught widely, and written a book chapter and journal papers in the area of Windhorse treatment.